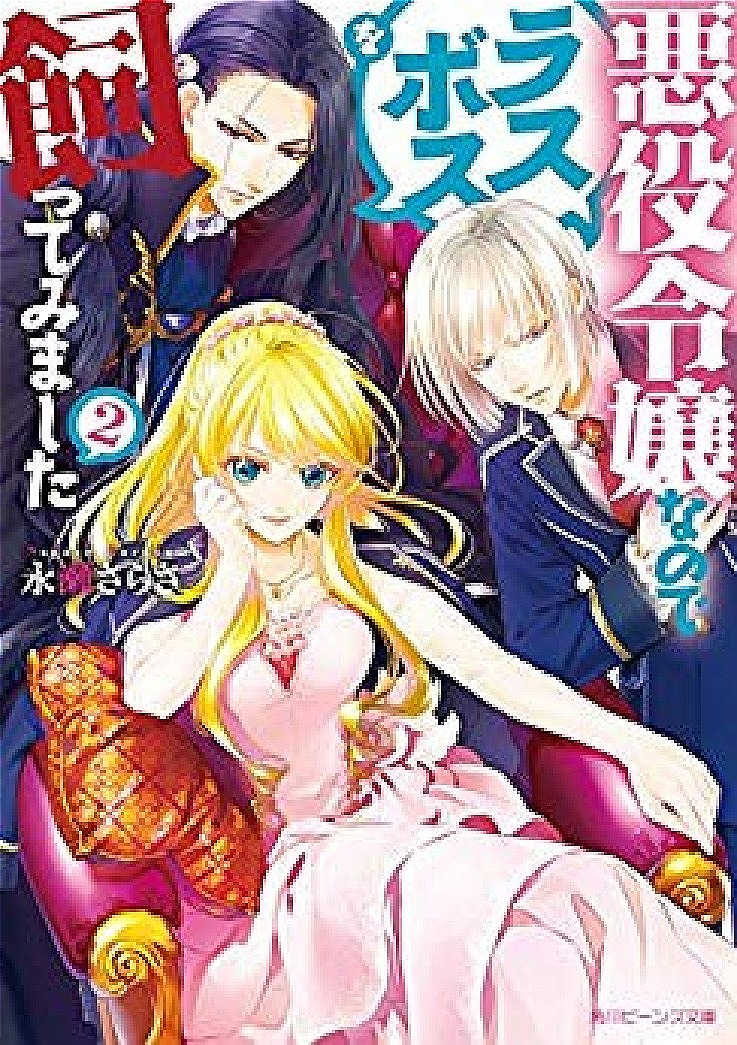 Experienced another disappointing news. I didn’t pass my job interview. Currently, nursing a broken heart and decided to post ALL of the unedited chapters and be done with  vol. 2 main arc.

That place immediately became a battlefield.

「Hurry, run to the outside of the academy!」

Irene shouted at the male student who became greatly perplexed when she stunned the monster with a single blow.

The male student started to run, although he was about to fall. At his back, a troll pulled out a tree and tried to throw it.

Irene lifted up her eyebrows, then called out a name.

Both Kyle and Walt jumped up twice their heights with their superhumans legs and kicked the back of the troll’s neck from left and right as if they have made an agreement upon it. The troll fainted without throwing the tree.

「Everyone, hurry up! Over here!」

Rachel was leading the students who were late to escape. Others, such as Jasper, Luc, and Quartz, were working on the students saved by Irene, Walt, and Kyle.

「Listen, all of you must absolutely protect that line of defense! Oi, the half-monster over there, are you done with the sky!?」

The one who answered Isaac’s yell from the sky was James. He put away his wings and get down to the ground.

「I’ve shot down everything that’s up there」

「You haven’t killed them, have you?」

「……I haven’t killed them. If I could, I could’ve dealt with them sooner」

James replied after exhaling bitterly. After hitting a monster that appeared from underground, Auguste laughed even when they were in this kind of situation.

「James, you can say something like that despite being a monster」

「……。You, if you say something like that, give me back the weapon imbued with magic」

「Eh, no way. This thing is suーper cool. It kind of has the feeling of a Cursed Sword in it!」

While talking, Auguste avoided the fangs of a monster with agility and accurately struck the monster with the back of his sword to stun it. And unexpectedly, he was the most helpful person in this situation.

Only, he wasn’t a Holy Knight, he was a Cursed Knight instead.

Irene felt conflicted since if she imbued it with the power of the Holy Sword, he would end up killing the monsters, and it was a measure taken because Irene felt uneasy for him to deal with the monsters with ordinary weapons. The person himself was happy with it, but Irene couldn’t help but feel that the future of a healthy young man was distorted.

「If that’s a Cursed Sword then is this a Cursed Gun?」

「……You really could fix them back later, right?」

Similarly, Walt and Kyle, whose Sacred Guns were turned into tranquilizer guns by imbuing James’s magic power so as not to kill the monsters, muttered with mixed feelings.

「Hey, hey, this kinda feels like that THIS is guards thing！」(Auguste)

「Are you going to be optimistic even at this time?」

「Oi, the students have all been evacuated! Everybody retreat! We’ll block the gate and lock the monsters up within the academy!」

「I’ll stay here. I need to make sure that no monsters will come anymore」

「The thing that had been scattered was the undiluted solution of the magic incense. It can keep calling the monsters for a month. There’s no end to it even if you keep fighting them. We should retreat before the big ones appear」

Auguste blinked his eyes in bewilderment at Kyle’s explanation.

「Eh, then what will happen to this academy？」

「It guess that it’s going to be closed. Anyway, we should be retreating now. And then, you need to explain to us who you are exactly properly 」

「That’s not particularly something that you guys worth worrying ab――」

「Not worth worrying about my ass！」

As he said that, James threw his uniform’s coat with a thud as if trying to throw something. And then, he stood right in front of Irene with a strangely intimidating face.

「I only swallowed down deeply what I want to say because we’re presently in a state of emergency, but I have so many things I want to ask you……！」

「I can’t believe it even if you suddenly say it, and I don’t want to believe it! I want to tell you to show me some evidence, do you understand!?」

「But first of all, make it clear whether you’re a man or a woman, please……！」

Everyone nodded in agreement at Kyle’s appeal. Irene ended up feeling amazed.

「Who I am, that’s not important, right?」

「That’s extremely important to me！」

「I also agree with Kyle with all my heart! Someone, please tell me that this is a dream」

「――Wait. Something is coming」

Irene looked hard at the ballroom that had been partially destroyed by James.

It was a place where Selena threw the undiluted solution of the magic incense.

（Which reminds me, where did she run away to, I wonder……？）

Her thoughts were interrupted by the sudden rumble in the ground.

The ground broke and suddenly collapsed.

A giant claw crawled out from the center of the sink that looked like a gigantic ant lion larva. It had a big frame covered with a tightly packed scale that resembled rocks and eyes that moved eerily. Its mouth, where its fangs can be seen, could easily swallow down a whole person. A casual flick of its tail could sweep off the wreckage of the venue, and the ground shook just by its moving one step.

It didn’t take much time until the shadow of that giant monster covered Irene and the others.

「Earth dragon……That’s too big of a monster」

Don’t tell me that it was as strong as Claude? The earth dragon roared before Irene was able to check its strength. They immediately plugged up their ears at its deafening sound.

During that time, the earth dragon looked around and found Irene and the others.

It was the eye of a predator. However, James, who immediately came to his senses from that spell, shouted.

「Go away quickly! I’ll draw his attention from the sky」

Walt and Kyle were blown away by a side-swept of its tail at the same time James spread out his wings.

Auguste, who chased after it, held back the claws that attacked both of them with his sword. From the sky, James shouted at Irene.

「Oi, if you truly are the Irene Lauren D’Autriche, use the power of the Holy Sword!」

「That’s different from the monsters so far! Even I don’t know whether or not I can hold it down――」

It already mowed James down, causing him to crash to the ground by using one side of its arm. Auguste from below was persisting trying not to be crushed, but he had already fallen to his knees

She didn’t want to kill it. But――The Holy Sword that understood her will increase its brilliance.

As the earth dragon mowed down buildings all over the places, it vigorously swung its tail downward, aiming at Irene. Irene bit her lips behind her cover.

The earth dragon was blown away in the middle of Auguste’s scream.

Irene who hadn’t done anything yet blinked her eyes in bewilderment. Auguste, who was suddenly released from the heavy pressure, was also confused. Behind him, Walt got up.

「……It seemed like a colossal amount of magic power had blown away the earth dragon, but」

James, who crawled out of the wreckage, replied while gasping.

「What are you doing?」

Irene went pale at that voice.

Black hair that similar to the veil of darkness and mantle that swayed by the night wind.

The Demon King was smiling with moonlight on his back. With his terrifyingly beautiful red eyes.

Claude stepped on top of the mountain of debris.

At that moment, the earth dragon roared once again. Then, it charged towards Claude.

Before Irene was able to finish her sentence, Claude’s right hand transformed with a cracking sound that could be heard from his elbow.

Beautiful black lustered scales and huge claws. The palm, that was impossible to be human’s, pinned the earth dragon down and knocked it over.

With a thud, the earth dragon’s eyes rolled and truly fainted this time.

It was an instant match.

Claude made a gesture of shaking his arm once then his arm immediately turned to normal. It seemed like he had grown accustomed to freely transforming to a monster before Irene was aware of it.

Irene swallowed hard at Claude’s overwhelming power whose face that seemed like a gentle breeze blowing.

（Th-this guy, did he become the guy who affected the game balance because he survived……？）

The Holy Sword won’t be effective to the human Claude. However, even if he was a human, the monsters were no match for him too since that he was the Demon King.

Irene had a hunch that perhaps she had let live the most troublesome last boss.

Because he never, not even once, ever averted his eyes from Irene. He only fixed his eyes on Irene.

「What are you doing?」

Claude repeated his earlier question once again. His beautiful features were perfect and not one of them was out of place. The smile that appeared on his mouth was a sign of forgiveness by a man who was overwhelmingly strong.

The wind blew restlessly. The night sky that was enshrouded with the thunder clouds was making the thundering sound, clearly signaling the arrival of the storm.

「My dear Irene.――Aren’t you supposed to be in the Imperial City?」

The Demon King’s lips slowly drew an arc with a flash of lightning on his back.

However, his smile completely didn’t reach his red eyes.